Topaz and Citrine: The Dashing Duo of November

While November is universally beloved for being the month where turkey reigns supreme, its two birthstones -topaz and citrine- give the turkey a 'trot' for its money. With stunning fall-like colors and maximum brilliance, the November birthstones are truly a sight to behold. If you're looking to discover the un-be-leaf-able origins and myths of citrine and topaz be sure to keep reading!

WHY DOES NOVEMBER HAVE TWO BIRTHSTONES? 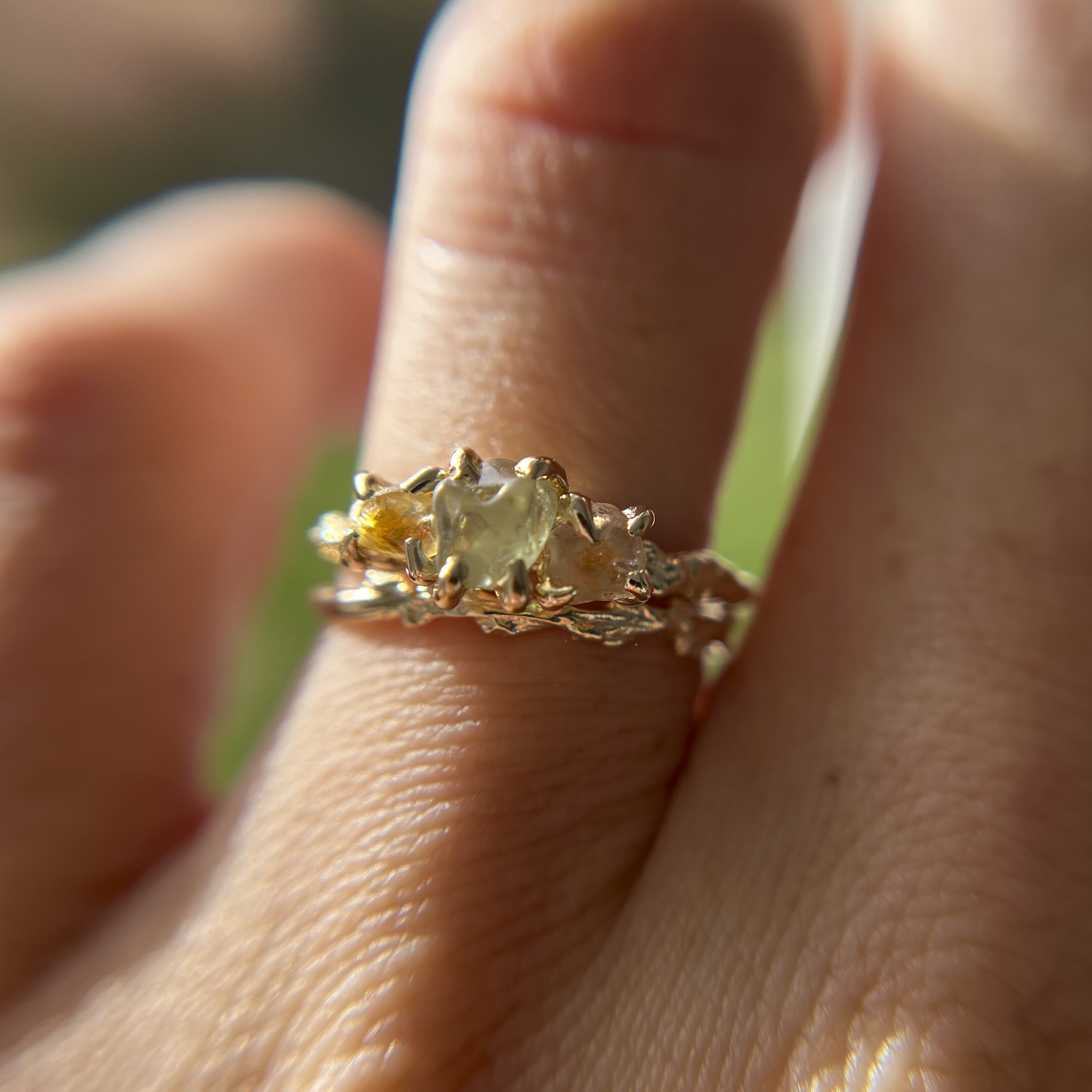 As mentioned in our last birthstone feature, the concept of having a birthstone is able to be traced all the way back to biblical times thanks to the breastplate of Aaron and an ancient historian named Titus Flavius Josephus who connected the spiritually significant fashion piece with the twelve months of the year.

The concept of wearing a stone that became more powerful during a certain month was further revised in the 8th and 9th centuries when Christians wore stones that were assigned to their specific birth month.

Then in 1912, the National Association of Jewelers met to standardize the list of American birthstones. And, if we've learned anything about the history of how birthstones came to be, we can understand that the present-day and future can be just as tumultuous. While topaz remains the first November birthstone, citrine was added later on to provide a more accessible gemstone for people to purchase. 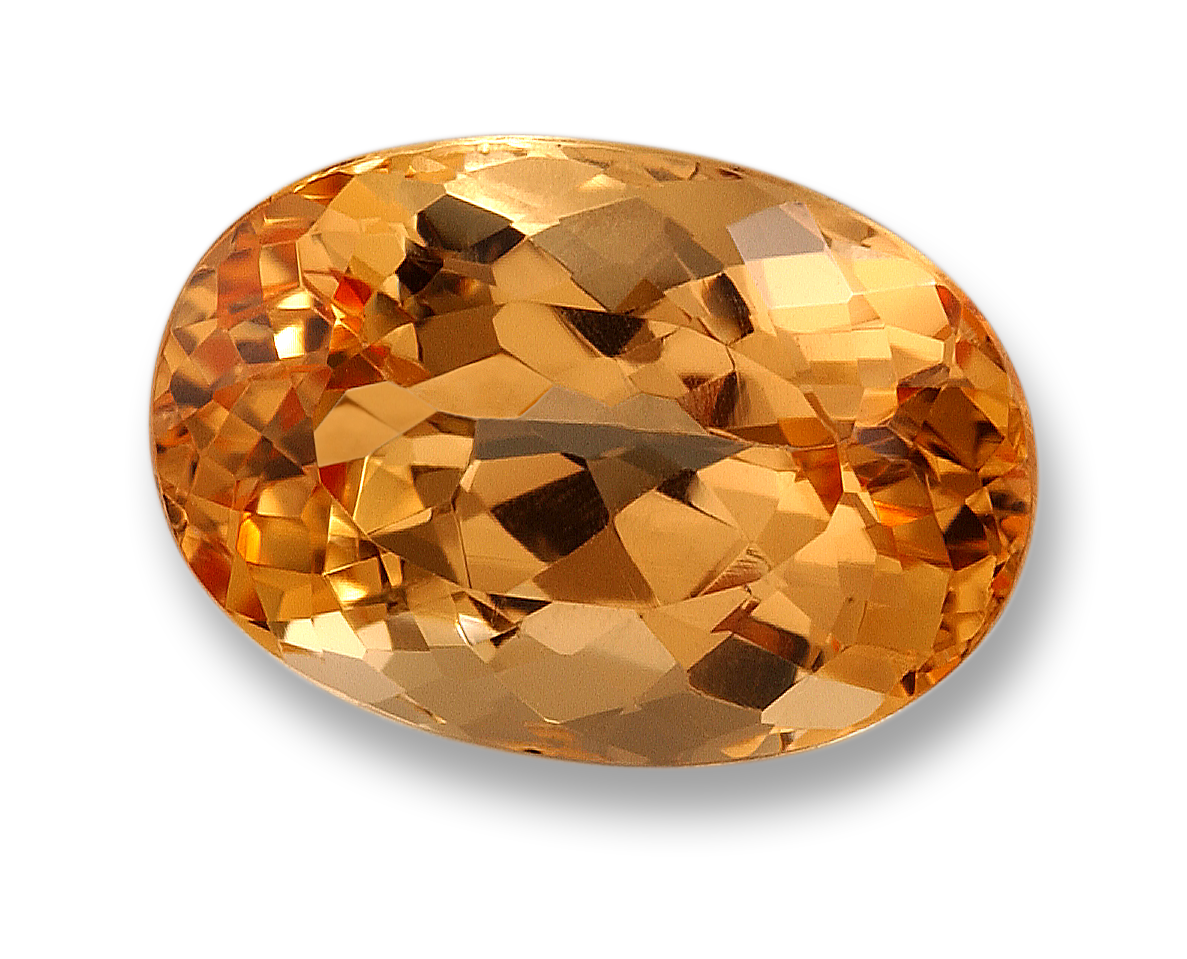 Topaz is a silicate mineral, specifically the aluminum or sodium calcium fluorine phosphate of potassium or sodium. It can be found in almost all countries, but it's most common in Brazil, China, and Australia.

Topaz comes in a variety of colors from orange to yellow to pale blue thanks to trace amounts of elemental impurities. The most valuable shade of topaz is the Imperial topaz which was named after Russian Czars in the 19th century and features deep orange hues with pink undertones. Additionally, the brownish-yellow hue of sherry topaz is equally admired for its unique color. Surprisingly, deep blue topaz despite being a color often associated with the stone is incredibly rare in nature. Instead, colorless topaz is heat treated to create the beloved blue sparkling gemstones.

In addition to color, the gem is valued for its transparency and brilliance, as well as its hardness. It's also known for its lack of cleavage and resistance to heat—which makes it an excellent choice for jewelry.

The name topaz is said to be derived either from the Sanskrit word, tapas, meaning "fire", or the Ancient Greek topazos - which was an island where the gem was allegedly discovered.

In olden times, it was believed that topaz would protect people from witches and evil spirits while curing diseases and improving eyesight. It was also thought to be a powerful aphrodisiac, as well as bring wealth and success in business pursuits.

Greeks relied on the topaz to bring them strength, Egyptians believed that topaz received its color from the rays of light from the sun god, Ra and Romans equated the topaz with Saturn - the ruler of the sun. Finally, in India, people have been wearing topaz over their hearts for centuries, as it is astrologically with Jupiter and is said to bring wealth, healing, and success.

WHAT IS THE SPIRITUAL MEANING OF TOPAZ TODAY?

Today, topaz continues to be associated with healing properties. It can help balance emotions and reduce stress, which makes it a wonderful stone for those who need help managing their emotions or dealing with stressors in their lives (like work or relationships).

Topaz is additionally a gem of harmony and balance. It helps to soothe emotions, especially anger and jealousy and brings a sense of contentment and happiness to the wearer. Topaz also helps to keep you grounded in your body, so you don't float away into your own headspace when you're stressed or anxious.

Interested in tapping into the harmony and healing that topaz offers? Shop our birthstone rings today! 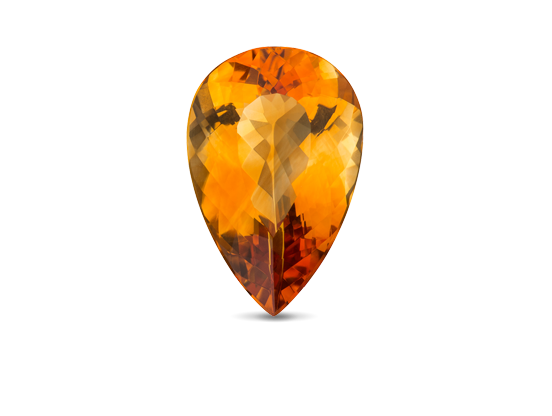 Like topaz, November's second birthstone -citrine is an orange-colored gemstone that is found in a variety of locations around the world. Its color is derived from iron and can range from pale yellow to deep orange, or even brownish red. And, while it's often confused with topaz, but there are some key differences between the two.

Topaz is a mineral that's mined from the earth, while citrine comes from a variety of quartz. Natural citrine is quite difficult to find and most of the yellow-orange citrine on the market is actually heat-treated amethyst.

Citrine ranks a 7 on the Mohs scale and is the gemstone that commemorates the 13th wedding anniversary.

WHAT IS THE HISTORY OF CITRINE?

The name "citrine" comes from the Greek word citron, which means citrus fruit or lemon. It's also known as the "Sun Stone," because of its resemblance to the color of the sun. This similarity may be why ancient cultures didn't pay much attention to it—they thought it was just another kind of topaz.

Citrine took off in the Victorian era when it was common to wear citrine broaches or necklaces. Citrine experienced a resurgence of popularity in the Art Deco era where it was used to decorate everything from perfume bottles, to clothing, and even vacuums.

WHAT IS THE SPIRITUAL MEANING OF CITRINE?

Citrine is a stone of abundance and prosperity. It is associated with the solar plexus chakra, which governs our personal power and our ability to manifest what we want in life.

Because citrine is associated with the golden sun, it can help us find our inner light in times of darkness. This can be incredibly helpful when we're feeling down or stressed out, or just need a little pick-me-up.

Citrine is also associated with the element of earth, so it's perfect for grounding you after a long day at work or school. It will bring your energy back into balance so you can start fresh tomorrow.

HOW TO CHOOSE BETWEEN TOPAZ OR CITRINE GEMSTONE RINGS 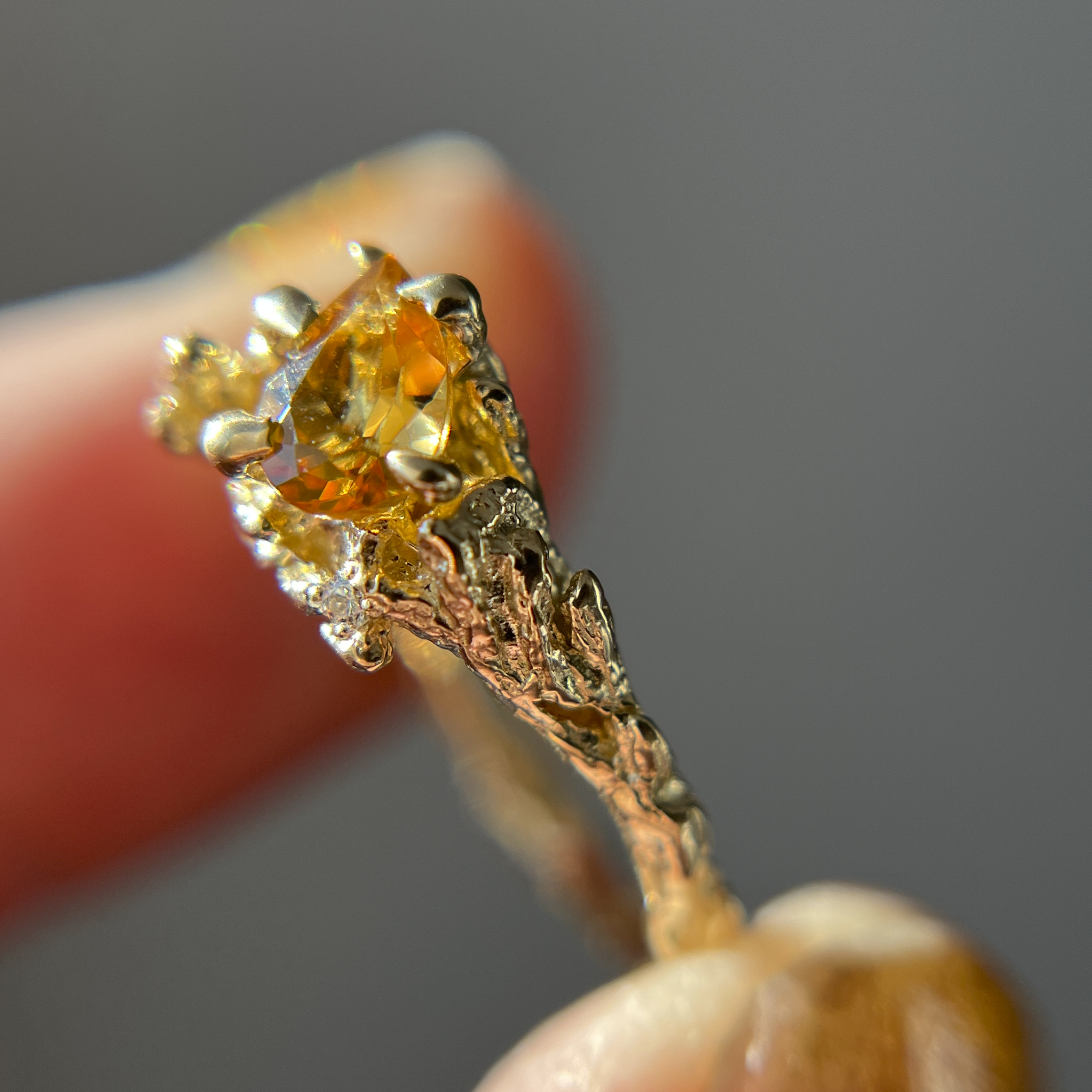 Consider the following tips when browsing topaz and citrine rings:

If you're looking to purchase a November birthstone then you can't go wrong with either topaz or citrine. While these precious birthstones are usually thought of as yellow or yellow-brown, that is not always the case. In fact, as described above, topaz can come in many different colors while citrine is specifically a medium to dark golden yellow hue.

If you've got your heart set on golden yellow you can still consider both gemstones, but if you're looking for brown, colorless, or blue -topaz will be your best bet.

ASK YOURSELF IF YOU'LL BE WEARING THE RING EVERYDAY

Both topaz and citrine are relatively hard (although they both can't compare to the hardness of a diamond), however, topaz is slightly harder than citrine with a rating of 8 to 7 on the Mohs scale.

Here it is important to consider what you'll be doing with your hands when you wear your birthstone jewelry. If you work in a job that requires you to use your hands often and be around sharp objects, for example, topaz may be your best bet.

PURCHASE YOUR CITRINE AND TOPAZ JEWELRY FROM REPUTABLE BRANDS

If you're looking for a piece of jewelry with topaz or citrine, it's important to purchase it from a reputable brand. This will ensure that you're getting the quality you deserve and that your money is going toward something worthwhile, not just some random piece of junk.

At Olivia Ewing Jewelry, our birthstone rings are made with ethically sourced birthstones and created with care to ensure utmost satisfaction. Our team is dedicated to providing you with the best quality jewelry possible, at affordable prices. We know that when it comes to buying jewelry, you have certain expectations, and we take pride in making sure we meet those expectations every time.

Our birthstone rings are perfect for any occasion—whether it's a birthday or anniversary gift, or something special just for yourself, you're sure to find the perfect ring at Olivia Ewing Jewelry.