All About June's Birthstone: The Precious Pearl

PRECIOUS PEARLS AND WHAT THEY MEAN 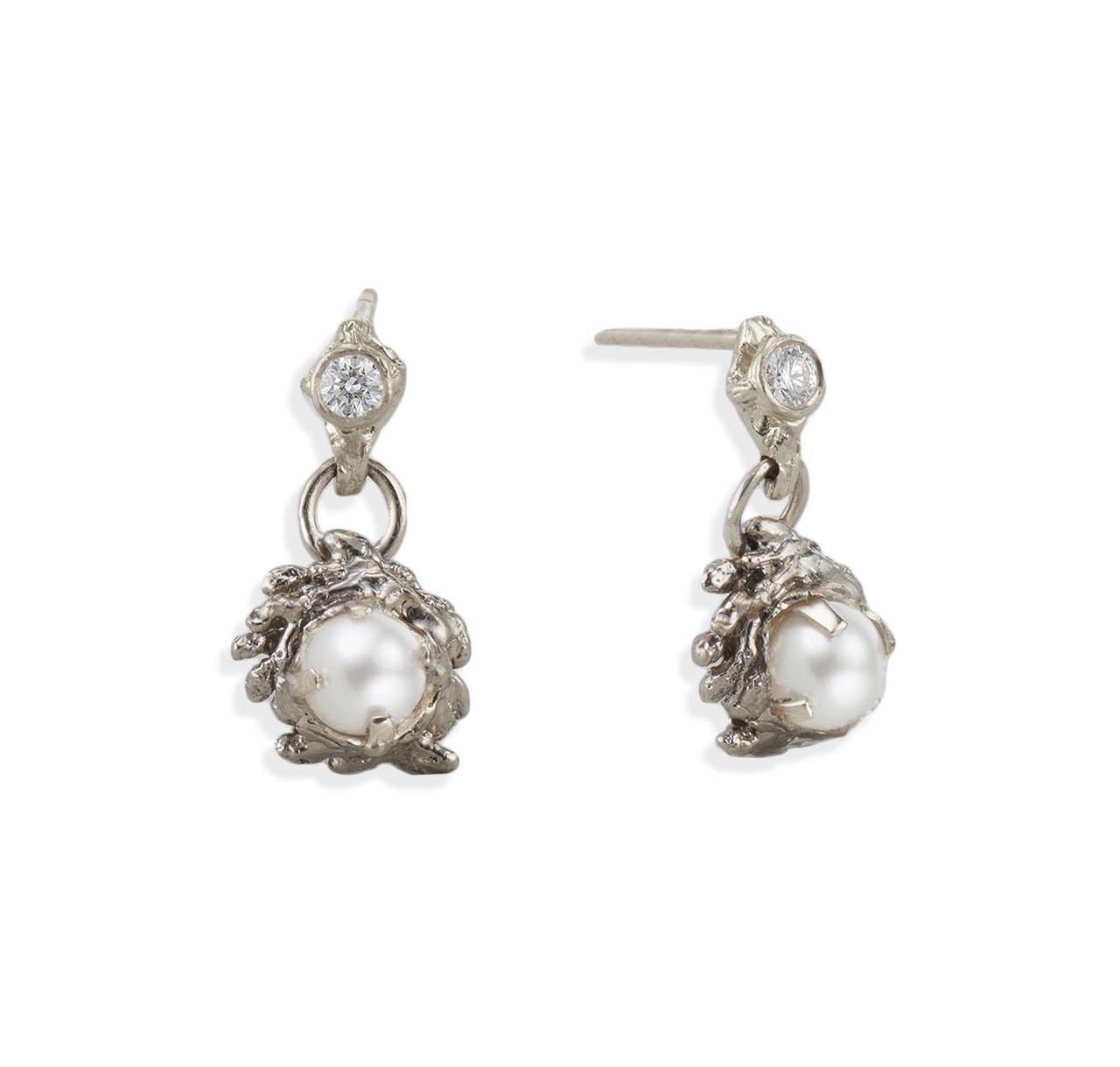 But when life gives you grit, make pearls.

The birthstone of June, the Illustrious and luminous pearl has long symbolized purity, elegance, and beauty. But did you know that Cleopatra was a deep admirer of the pearl and even went so far as to use a pearl to win a bet against Marc Anthony? Or, that the oldest pearl dates all the way back to between 5800 -5600 BC?

The mythology, history, and symbolism of the pearl is as storied as the gemstone is beautiful. So keep reading to discover all about June’s precious birthstone, the pearl!

HOW ARE PEARLS FORMED?

Pearl's are the only gemstone to be developed from a fully living thing. Mollusks such as oysters or mussels, create pearls when a grain of sand gets stuck in the shell and irritates the mollusk enough to cause it to secrete nacre (the substance that makes up mother of pearl). This production process is basically nature's way of protecting its defenses.

Pearls are formed in layers, and they can take years to fully develop. The layer that forms first is called nacre, which gives them their iridescent sheen and strong luster. After that, another layer of calcium carbonate forms on top of that layer and hardens into a protective outer shell. The result is an object much like a fossil, but one with incredible beauty! 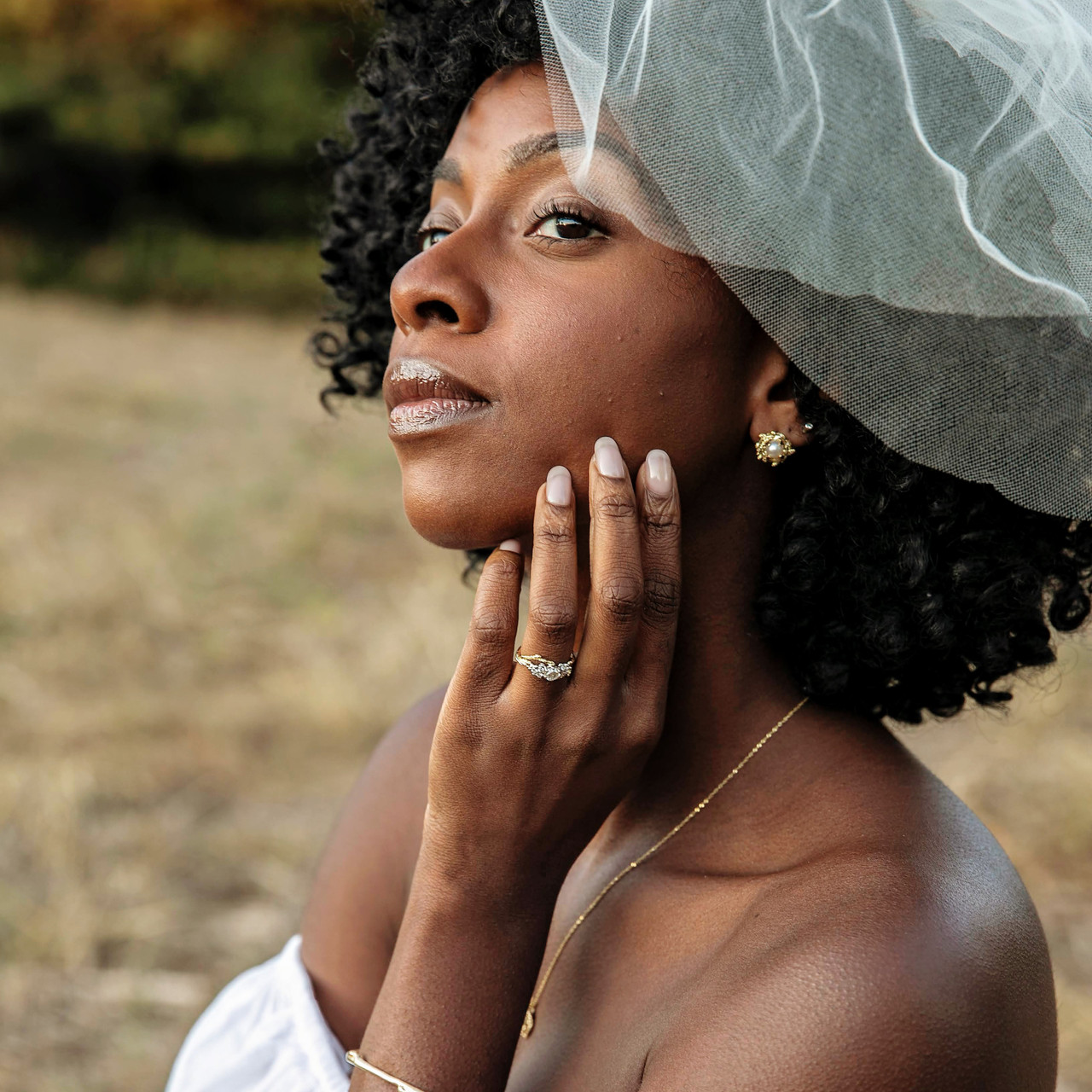 Cultured pearls are often marketed as a more environmentally-friendly alternative to natural pearls.

Natural pearls are formed when an oyster is irritated by a grain of sand, which causes the oyster to secrete nacre (also called "mother of pearl") in order to coat the irritant. This nacre forms a pearl. Because natural pearls grow slowly, they're quite rare and expensive.

Cultured pearls are made by inserting a piece of mantle tissue into an oyster's shell, where it will continue to grow in the same way that natural pearls do, except that human intervention speeds up the process. Cultured pearls can be grown in days or weeks instead of years or decades, making them much cheaper than natural pearls.

Since cultured pearls do not require pearls to be harvested from the sea, they are considered to be more environmentally friendly than natural pearls.

WHAT DETERMINES A PEARL’S COLOR? 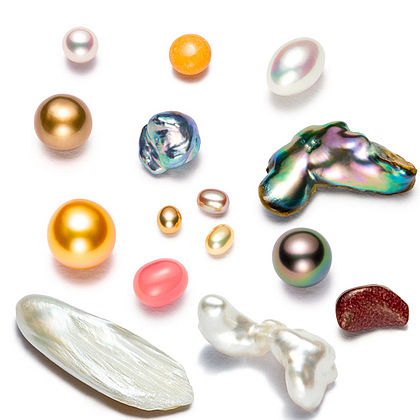 There are a number of factors that determine the color of a pearl. The most important is the chemical composition of the shell material from which it was formed, but other factors include environmental conditions and biological factors.

HOW BIG CAN PEARLS GET? 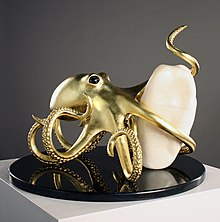 The average size of a pearl is about 8-10 mm. The size of a pearl depends on what type of oyster it's formed by. A smaller oyster will produce smaller pearls because it doesn't have as much room for growth inside its shell.

Likewise, the larger a mollusk, the larger the pearl. As it stands today, the largest pearl in the world is known as The Giga Pearl and weighs in at a whopping 60-lbs 15-oz. The Giga is owned by Abraham Reyes, and is estimated to be worth $60-$200 million dollars. 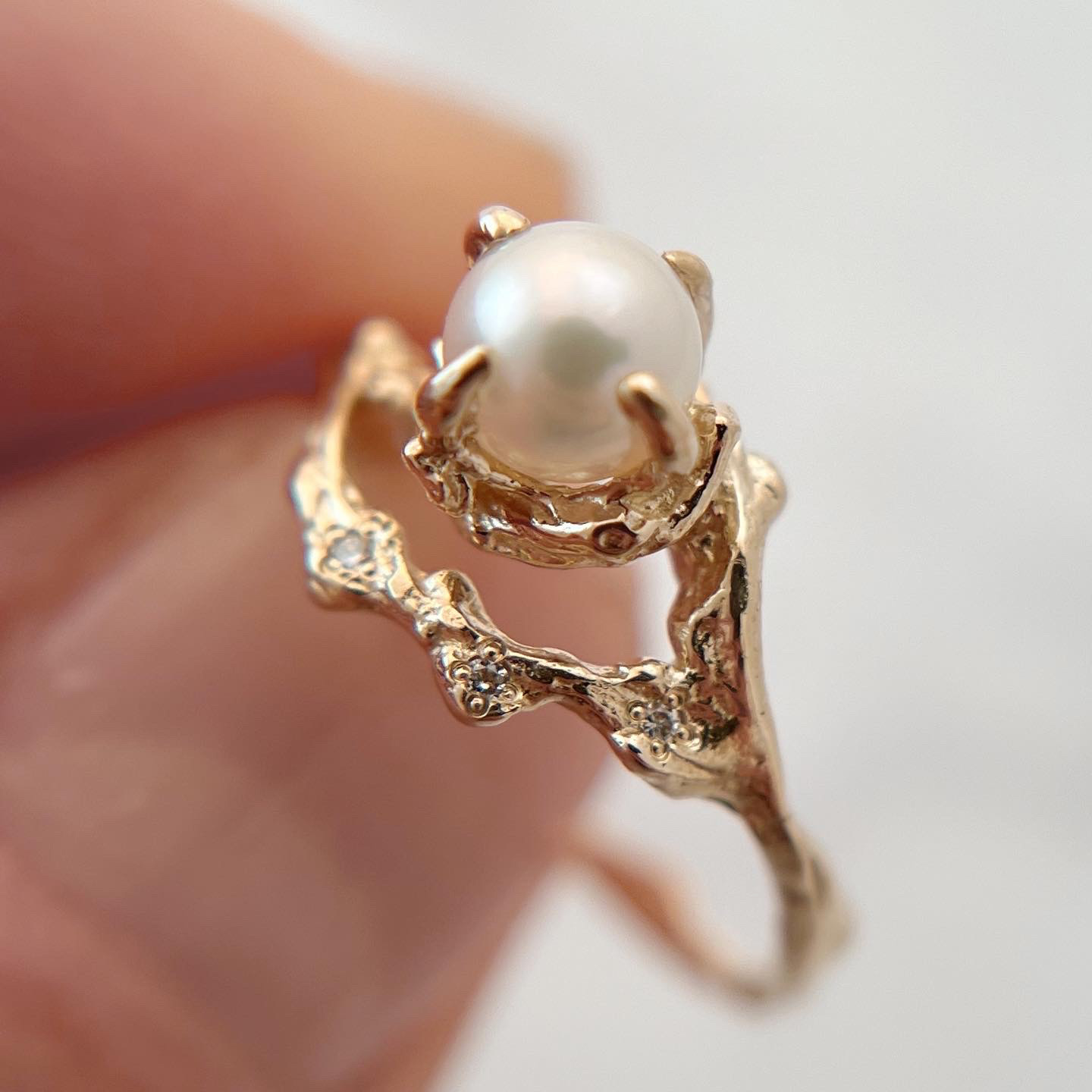 The earliest recorded mention of pearls dates back to 2206 BC in Ancient China where pearls were found in the freshwater river Hwai in the province of King Hau. In China, pearls were seen as a gift from the gods and were considered to be both beautiful and powerful. They were associated with wisdom, longevity, and immortality.

Pearls were worn by royalty throughout China's history because they were believed to bring good luck and protect against evil spirits and bad luck. Their association with royalty led to their use as gifts during diplomatic visits and other important events such as births or deaths in the family or government officials' promotions.

ANCIENT EGYPTIAN ATTITUDE TOWARDS THE PEARL

Ancient Egyptians were less impressed with the pearl itself than the mother-of-pearl covering of the inside of the shell. In fact, the mollusk shell was often used as ornamental decoration and the pearl was not really utilized until the Persian conquest in the 5th century BC.

PEARLS IN ANCIENT GREECE AND ROME

Aphrodite claims the pearl as her own stone, and rightfully so as myth has it that she was born from the sea wearing nothing but a string of pearls. Pearls have also been attributed to being the sweat of the goddess Thetis who had been persuaded by Hephaestus to dip herself into sacred water in order to make herself more lovely. Alternatively, Ancient Greeks believed that pearls came from the tears shed by sea nymphs for fallen sailors or for Leucothea who was drowned at sea by her lover Theseus.

Mythology aside the Ancient Greeks reverently respected the pearl and believed the precious gemstone symbolized Grecian splendor at its height.

The pearl underwent a metamorphosis in Ancient Roman times as the Roman’s excessive use of the pearl shifted the viewpoint of the pearl from a gracious gift from the gods to an excessive and unnecessary display of Roman wealth.

In 41BC, while at dinner with Marc Anthony, Cleopatra bet him that she could consume a small fortune in one sitting. As Pliny wrote, “There were two Pearls, the very largest that ever were known in any Age, and they were possessed by Cleopatra, the last Queen of Egypt… Now she wore at her Ears that most remarkable and truly singular Work of Nature… she took one of them from her Ear, steeped it in the Vinegar, and when it was liquefied, drank it.” Thus, winning her bet.

PEARLS IN THE MIDDLE AGES

In the Middle Ages, pearls were considered sacred and magical, protecting the wearer from harm. Some thought they could soothe the heart and mind, cure diseases, encourage fertility, and ensure that a woman's first childbirth was painless. As time went on, it became popular to present pearls as gifts of love or friendship.

Thanks to the influx and spread of Christianity, many people believed that Jesus Christ cried tears of pearl while he was being crucified. The pearl was a beloved gem of the Catholic Church and was often used as ornamental decoration for clergy and royalty jewelry.

THE SPIRITUAL MEANING OF PEARLS TODAY 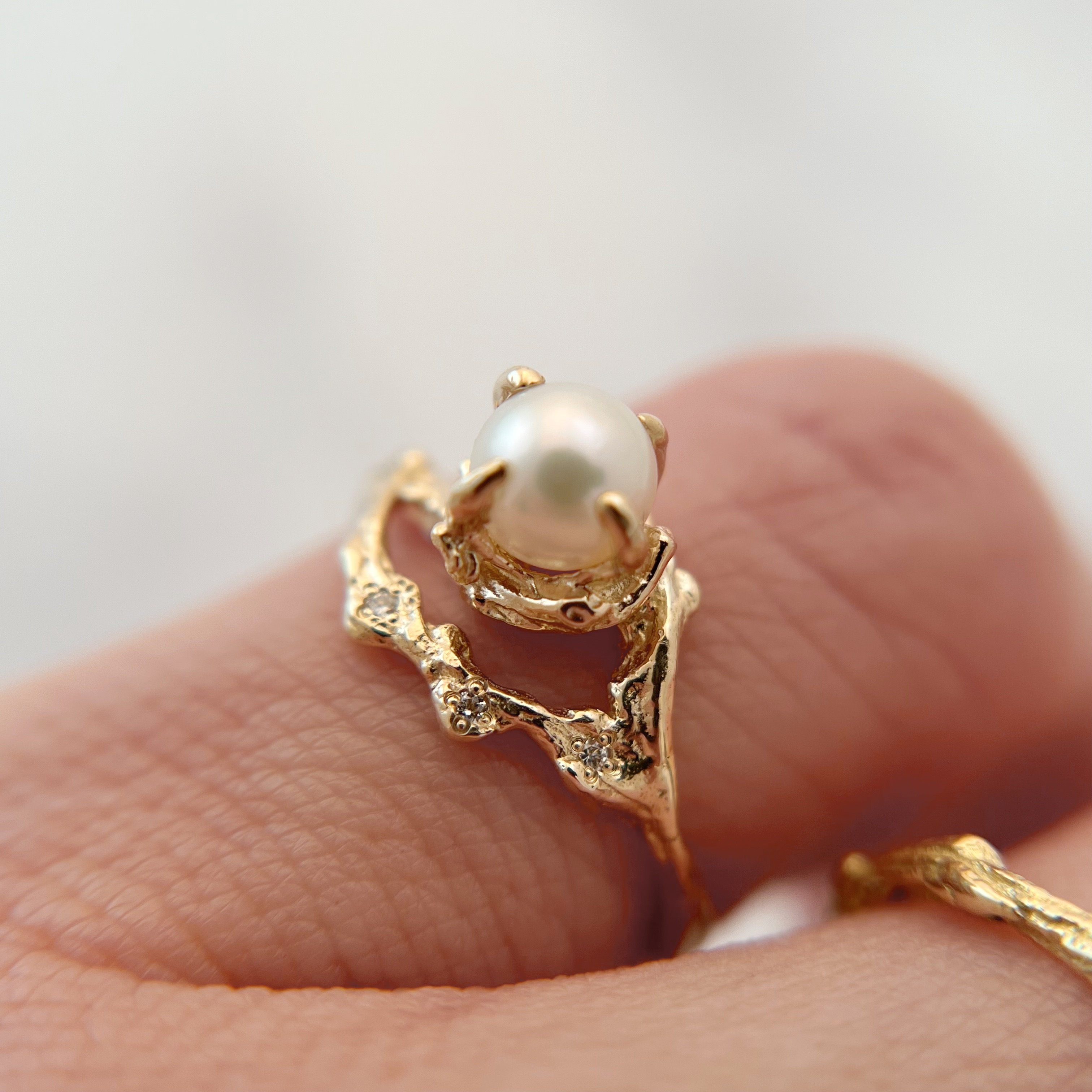 Astrologers believed that pearls have the power to bring positive changes in one's life and that the pearl can act as a calming and grounding presence for people with rash personalities such as Sagittarius, Leo, and Pisces.

As the pearl is the gemstone of June under the sign of Gemini, many astrologists feel that the pearl particularly heightens the positive attributes of Gemini while downplaying negative traits.

Pearls are not just worn in pieces of jewelry, thanks to their long-standing symbolism of beauty. many still believe that the pearl is a potent age defier. In fact, ground pearl powder has long been a beauty trick utilized in Chinese and Ayurvedic medicine.

Pearl powders contain large amounts of amino acids, high levels of calcium, and over 30 trace minerals. When combined and added to a skincare routine the result is luminous and resilient skin. So go ahead, cover your face with pearls!

HOW TO CHOOSE THE BEST PEARL FOR YOU 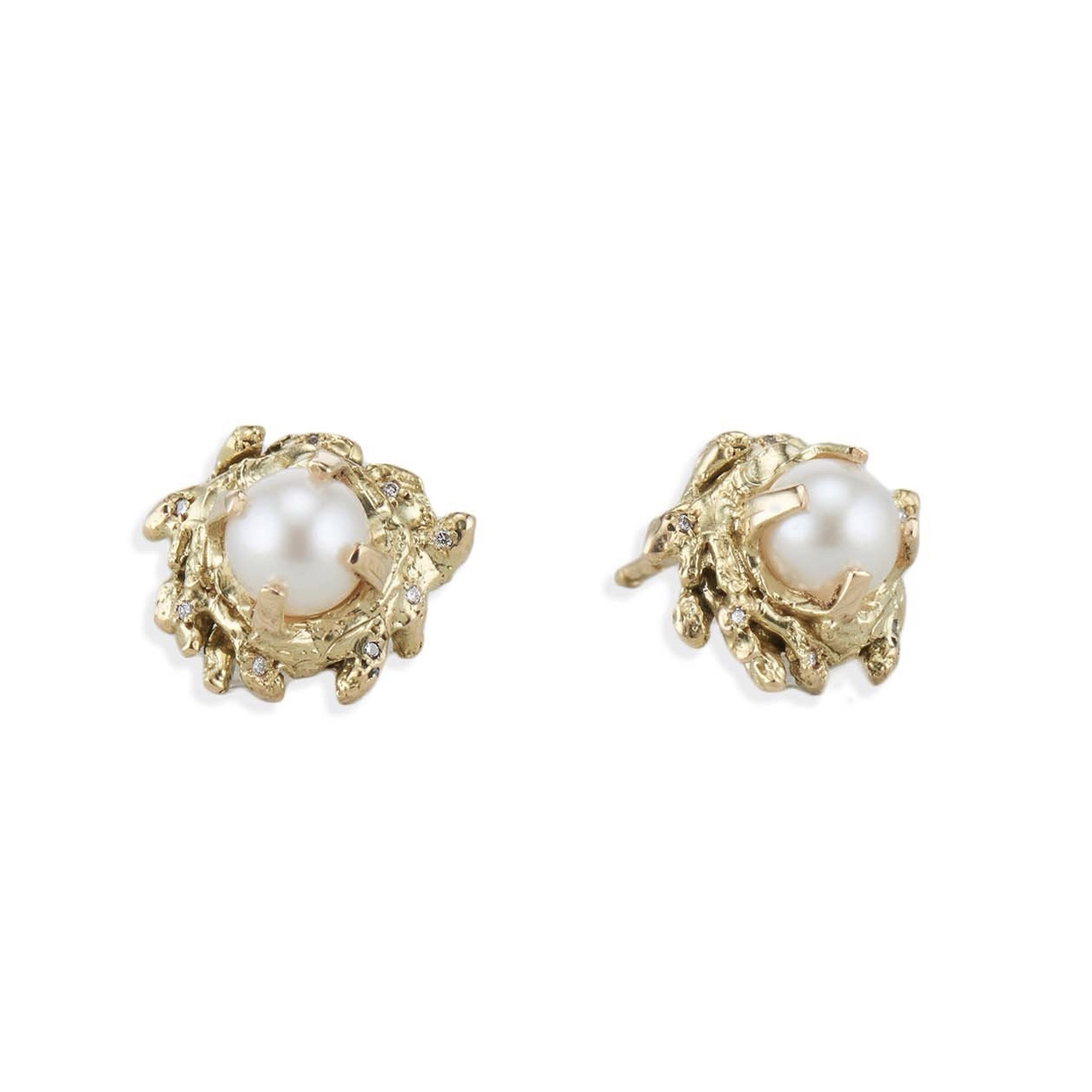 Pearls are a classic piece of jewelry that can be worn with any outfit, and they're a great investment. When shopping for pearls, it's important to consider the following:

Ultimately, the pearl is a stunning birthstone and no doubt brings great joy to the wearer. Olivia Ewing Jewelry carries that perfect pair of luminous, perfect, pearl earrings you’ve been dreaming about.

Our Isle Pearl Earrings feature stunning cultured Akoya pearls that are set in gleaming 18 karat gold and studded with pave diamonds. The resulting look is truly one of a kind.


Check out our Isle Collection for even more ‘pearls of inspiration’!